Today morning, I was meditating upon the first chapter of Matthew. I found some interesting facts that I have never realised all these years while reading through them. I have a tendancy to skip over the long genealogies and frequently read passages to get to one or two verses that touch my heart for that day. But this time, I have made an effort to read the genealogy of Jesus. I have discovered that there were forty two generations in total from Abraham to Jesus (Matthew 1:17).

There are three significant truths that can be observed from Matthew 1:18-24.

Firstly, I believe “Righteous acts in your life save you from disgrace” – Matthew 1:19. Joseph was said to be a “righteous man”. It does not mention if he was righteous man of God or righteous man of this world. Either way, because of the righteousness in him, he did not expose Mary to public disgrace. It says in God’s word, that he had in his mind to divorce her quietly. Later on, we know that Joseph realised that the baby Mary had in her womb was of the Holy Spirit. His righteous acts saved him from his own disgrace in the public. If he had put Mary to disgrace in the first place and later took her as his wife, he would have been in continual regret for the public’s view on him and his wife. Or, he would have been disgraced by public for his lack of recognition that the baby was conceived of the Holy Spirit. The whole scenario could have been a whole lot different to what we read today.

Secondly, “It is good to seek the Lord before he seeks you” – Matthew 1:20. He seeks after you to comfort you in times of trouble, to help you, to save you from trouble, to give you rest; all because of his unconditional love. The bible says, Joseph “considered” to divorce her quietly. It does not say that Joseph sought the Lord when he realised Mary was carrying a child (Matthew 1:18-20). The Lord sought after Joseph to tell him about the child (Matthew 1:20-21). Do you think the story would have been different if Joseph sought the Lord first? I certainly think so!

Thirdly, “Obedience to God is one of the main keys to living a righteous life” – Matthew 1:24. Joseph didn’t doubt, question or rethink about what God spoke to him in the dream. The word says, “Joseph woke up…did what the angels of the Lord commanded him…” (Matthew 1:24). He took Mary as his wife, had no union with her till she gave birth and gave the new born child,  the name “Jesus”. He did ‘just’ as the angels of God commanded him. Are you doing ‘just’ what the Lord is asking you to do? Joseph was declared as a “righteous” man and I believe his key towards living that life was ‘obedience’. Are you obeying to God’s word in your life?

It good to ponder upon these things and correct our lives that we may one day become just like him, his children. Is God speaking to you today? Are you ready to be used as God’s chosen vessels like ‘Mary’ and ‘Joseph’? 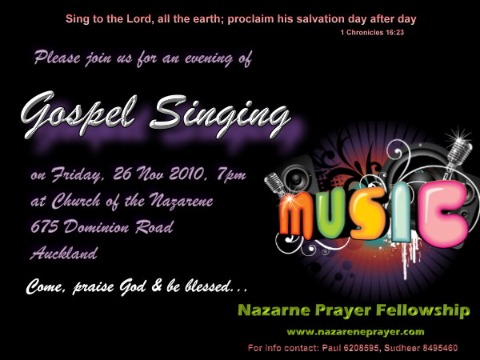